What is a Cowgirl Untamed?

What is a Cowgirl Untamed? A cowgirl untamed is complex gal, but she knows who she is, where she's been and where she's going. She goes through life not giving a rip about societies shortsighted definitions of who a woman is and how she is suppose to act. She works hard, and plays harder. Her attitude is go big or go home! When she walks into the room, she's noticed: her clothing, her jewelry, her personality, and / or her slightly wonky ways. She'll be in bed early enough to get up the next morning for work at the factory or office or on the ranch. She doesn't take any crap, is fearless in life, and rides her horse like she stole it. She dances like nobody is watching. She believes in God, her horse, her family, her country, and most importantly herself. She is who we are or want to be, because she knows how to live life to its fullest. Her great, great grandchildren will still be talking about her. She's a legend in the making. 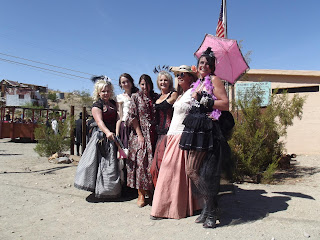 Hello Cowgirls and Cowboys, we just returned from the Randsburg Old West Days and boy did we have a blast...so to speak. We are members of the reenactors group called "The Ghostriders Outlaw Gang" and we specialize in gun fights from the old west. We had been invited again for the 5th year to take part in the towns annual Old West Days, but this year we had another invation.We were asked to take part in a historical documentary and we all became extra's in a film about the ghost town and it's history. That was a blast as well.  We had a fantastic four days with plenty of gun fights, saloon hussies, lawmen and plain old town folk...not to mention some ghostly encounters along the way. Thanks to all the Randsburg town folk for making us feel at home and to the other reenactors for all your help.
Posted by CowgirlsUntamed on etsy.com at 12:28 PM 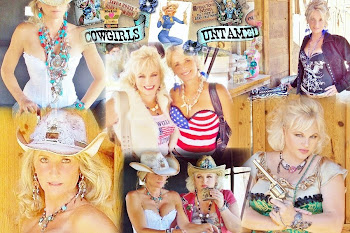 Visit our website and see what you can become

CowgirlsUntamed on etsy.com
"Well Behaved Women Never Make History." So why try? Cowgirls Untamed makes one of a kind jewelry using vintage and new materials inspired by the wild west. Everything is one of a kind and handmade. We like to hunt down unique new and vintage jewelry at flea markets, estate sales, yard sales and online, recycle it or repurpose it, and create something big, bold and beautiful. If you are an actual dirt road cowgirl or one at heart, and you are a wild and gypsy hearted, misbehavin', honky tonk lovin, hard workin', horseback ridin', dreamer who believes life has a purpose and your gonna live yours to its fullest in your own unique way then you'll love our jewelry. 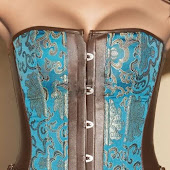